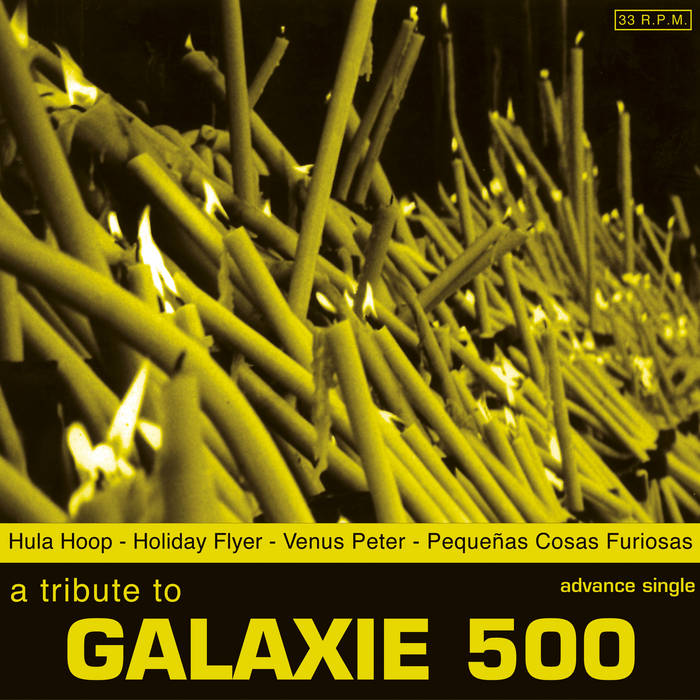 No one doubts that GALAXIE 500 was a wonderful, moving and highly influential band. Us neither, of course: as a matter of fact, this beautiful green vinyl single is only an advance (exclusive for our Singles Club) of a whole tribute album to this trio which made of instrumental simplicity and lean sensitivity their trademark. For it we have, of course, with loads of volunteers hailing from all over the world, who will show their unconditional admiration to the band of Dean Wareham, Damon Krukowski and Naomi Yang.

GALAXIE 500 left a short career of three albums before they split up (all of them recorded under Kramer’s fold), but in such a short time they condensed a lifetime of work, reaching peaks of pure, intense beauty, dramatic and maddening. Later on they followed separate ways: Wareham continued his career with LUNA, whilst DAMON & NAOMI kept together; even though both projects have a very high quality level, none of them has reached again the mythical status of GALAXIE 500 (nevertheless, you will soon be able to check DAMON & NAOMI’s great creative mood, with the re-release on Elefant of their debut EP, “Pierre Étoile”, and later on with a single for the Club).

On this little advance to the whole CD which we will soon release (after two years!), four bands confront with respect some originals from the Bostonians. Maybe the American band HULA HOOP, splendid as always, are the more mischievous while they give their cover of “Sorry” (taken from the album “This Is Our Music”) an enveloping, spacey air. HOLIDAY FLYER, American as well, close the A side with their cover of “It’s Getting Late” (from “Today”, GALAXIE 500’s first album).

On the flipsid e we have VENUS PETER (big in Japan, where they come from, with a single of their own released on Elefant), daring to cover all of a classic song: “Blue Thunder”, from the record “On Fire”. And from “On Fire” is “Snow Storm”, the song chosen by PEQUEÑAS COSAS FURIOSAS: an unreleased pearl from this dearly loved band from Sevilla, which passed away after having bewitched many of us with their delicate, fragile pop.