Snowstorm: A Tribute To Galaxie 500 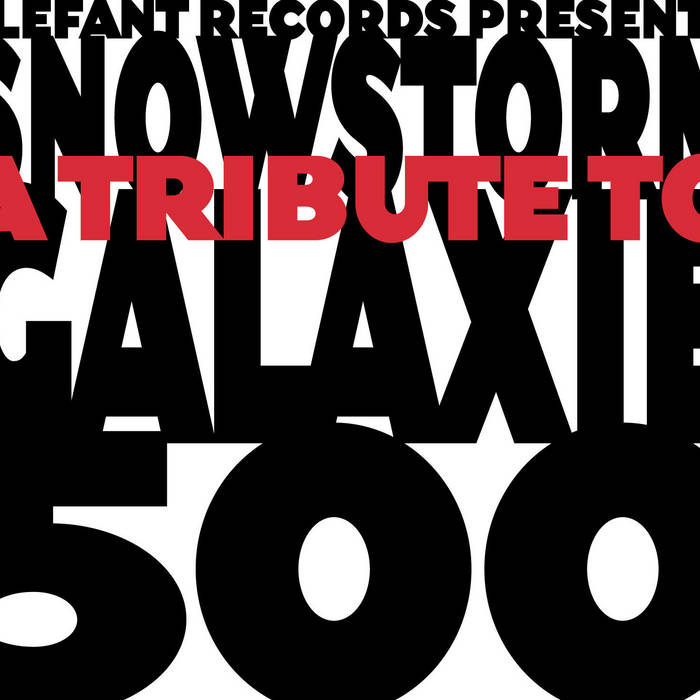 All of this took shape in three superb albums, all of them excellent from start to finish: “Today” (Aurora, 1988), “On fire” (Rough Trade, 1989) and “This is our music” (Rough Trade, 1990). A truly brief career, as on the early nineties the band splits: Dean formed the electric LUNA; Damon and Naomi started a very special career together; in any case long before the split of GALAXIE 500 they were already installed in the Olympus of pop history.

In this album the ghost of this American trio is invoked and worshipped by bands from all over the world: Japan (SUGAR PLANT), Germany (18TH DYE), Australia (GODSTAR), Canada (TUGBOAT), France (WATOO WATOO) or England (BMX BANDITS, MAGOO, ISAN, STORMCLOUDS). Not to forget Spain, where GALAXIE 500 were also adored by a whole generation of music lovers; as it always happens some of them ended up in bands: just ask THE PRIBATA IDAHO, BEEF, SILVANIA, POLAR, SATELLITES, MIGALA or the mysterious DABJ.

Some of the bands give the game away just by their name, as TUGBOAT: the title of GALAXIE 500’s first seven inch; by the way, such track is here twice, covered both by our loving Scottish BMX BANDITS and by Mac SUPERCHUNK’s alter ego PORTASTATIC. There are some other bands, though, that get close to the Boston-based band from completely opposite angles and perspectives: just check how “King of Spain, part two” and“Strange“ are reinvented by SILVANIA and ISAN, respectively. Or the charming bossa nova beat added by WATOO WATOO to “When will you come home”. The songs are so rich that any treatment given to them only reinforces their beauty and quality.
Enough said. Just enjoy this humble tribute, lovingly made by fans all over the world. Elefant included.

“I like to imagine Kramer plopping that healthy modicum of reverb over GALAXIE 500’s early single "Tugboat" in a leap of faith, investing that cliché with something substantial enough to create a whole sound, the sound this disc celebrates. As the self-appointed overlord of Surrealism, Andre Breton, once declared – "I am as convinced now as ten years ago, and continue to believe blindly (with a blindness that at the same time nurtures all that is visible) in the triumph, by means of the aural, of unverifiable visual images". That blindness, fed on faith, nurtures the visible and invisible alike, supposedly. As for proof, I only think of the first time I heard that sound – I was a latecomer, but who wasn’t? – and the enduring, luminous, and therefore entirely Surreal ghost-life of GALAXIE 500 today. That sound rings through an entire generation of innovative pop groups the world over. And that’s no exaggeration. The ghost is suspended in an air as delicate as the tinny cry of Dean Wareham’s plaintive croon, always as steady and unsteady as it ought to be. It’s as deceptively simple as three chords, over and over again. It’s as subtle and epic as Naomi Yang’s wandering bass lines, oscillating between melodic counterpoint and percussive expanse. And it’s as ethereal, and therefore of central, enduring interest, as Damon Krukowski’s tidal backbeats. Surrealism, literally, is closer to the figurative (i.e., popular) usage of genius: truly real, and so it makes sense to speak of these three artists as geniuses. At the same time, the genius of GALAXIE 500, now that its history is itself a bit of history (see the liner notes to the box set of their complete works), lies in the still open question: was it all just deliberate?.

It was the autumn of 1987, in a small, Manhattan apartment, when the group came together. Dean and Damon had played together in a high school band called SPEEDY AND THE CASTINETS; Naomi joined up when they needed a bass player. After the initial local notice, quite fair notice, given to the "Tugboat" single, the Aurora label, a hometown indie, released "Today," the group’s first full-length. Alternative Press, reviewing the album in the first weeks of 1989, introduced GALAXIE 500 as "ready made for you to love, worship, and adore". Announcing that the group’s "surreal sound" –not the group itself– "needs the exploitation of a major recording label". Meanwhile, Rough Trade picked them up, sent "Today" and their following albums, "On Fire" and "This Is Our Music," far enough afield to reach my own college radio playlist. For many a young music aesthete of the time, each release was scrutinized and, of course, pilfered. A sort of control element was established this way, accompanying us through formative episodes as well as setting a precedent for the future. Realistically speaking, GALAXIE 500 could not have deliberately set themselves such a task. But all innovators, all true charmers, stumble into their roles as such.

As luck would have, luck will have it. And GALAXIE 500’s label and membership split up almost simultaneously leaving three unwilling legends and one infinitely emulated but profoundly unmatched sound to the whims of indie-rock’s mid-nineties and beyond. Isn’t this what was meant by "automatic" anyhow? Quick in, quick out, like a prank. We don’t look back with nostalgia, and not only because it "still sounds fresh" – GALAXIE 500 played the wager on their own terms. Now, we play that wager on ours.”


Reissue producer for Galaxie 500 at Rykodisc Records.
“Is the Galaxie dead? Has it followed the same tragic destiny of the car it took its name from? I can’t tell, really. The disappearance of the band caused tear-shedding and teeth-gnashing to thousands of people that adored its spiritual, blurred sound. Every day the cult was augmented with new acolytes, and the band was a recognized influence even for their contemporaries. Astrologers of sadness, rock vagabonds and -most specially- bewildered teenagers connected instantly with the nostalgia in their songs. It’s not strange that everyone going through a confusion or metamorphosis phase identified with this kind of emotional storms. They were a floating distortion that invaded your bedroom, sticking to sheets and posters; a galactic spasm that swallowed your vital space. GALAXIE 500 was the drug we all needed to touch the stars, therefore the sad news caught us all by surprise. Mourners attended the funeral in droves.

GALAXIE 500 was not another name in the endless list of mediocre, depressed musicians which benefit from their own angst. It was a political band, for all the ones who know Revolution starts in our bathroom mirror.”
Victor Lenore, Spiral nº 0, May 1993.