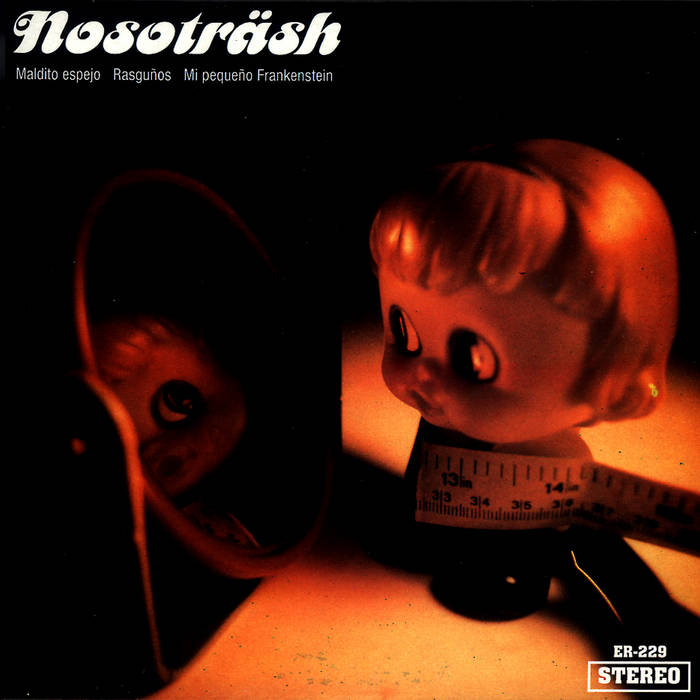 NOSOTRÄSH is a band from Gijón, Spain, formed by five girls: Bea (guitar and vocals), Cova (drums), Malela (guitar and vocals), Montse (bass and vocals) and Natalia (lead vocals). After a succesful first album for a major label (“Nadie hablará...de Nosoträsh”, 1998) the band was signed by Elefant; their first release with us was “Hacia el sur” CD-Single/seven inch. That record showed the band had improved their writing and playing skills since their quite amateur-ish early steps, but managing to preserve the freshness that made them so appreciated among Spanish pop lovers. The single was very well received in the UK, where it was airplayed in many BBC radio shows. It also appeared in a list of “the most requested records in London Rough Trade shop”, according to a list featured in Melody Maker’s February 2000 issue.

In Abril 2000 their long-awaited second album is out: “Mi vida en un fin de semana”, was recorded in Madrid in Rock Soul studios, and mixed and produced in England by Ian Catt, usual producer of such famous bands as ST ETIENNE, SHAMPOO or TREMBLING BLUE STARS. After this release the band embarks on a long Spanish tour, including a live appearance at Spanish Channel 2, and most of the country summer festivals: Benicassim, Doctor Music and Contem-pop-ranea.

After the summer they play some other festivals like Bam (Barcelona) or Lemon Pop (Murcia) coinciding with the release of this new CD-Single featuring “Maldito Espejo”. It’s probably the most shaking track in “Mi vida en un fin de semana”, quite an ironic song about the deception of looking at yourself in the mirror and not being too satisfied of your reflection. This song counts with an excellent video clip shot by young team Les Nouveaux Auteurs.

There are two extra tracks in the CD-Single, from the Ian Catt sessions but not included in the album: “Frankenstein” and “Rasguños”. “Rasguños” is a delicate and moving track sung by Natalia and guest vocalist Nacho Vegas (ex MANTA RAY, a very famous Spanish band). The song sounds naked and humble, the perfect support for those lyrics about reconciliation and reproach.

“Mi pequeño Frankenstein” is the other side of the coin, bringing back to us the band’s sunniest and most upbeat moments. Words are written by Cova, which signs most of the album lyrics; an endearing tale about proving fantasy can have some room in day-to-day life, just if we want to. This song also appears in “Little Darla has a treat for you” compilation, released by American label, with bands like BAXENDALE, MOOSE, MY LIFE STORY, COLOR FILTER or SODA STREAM.