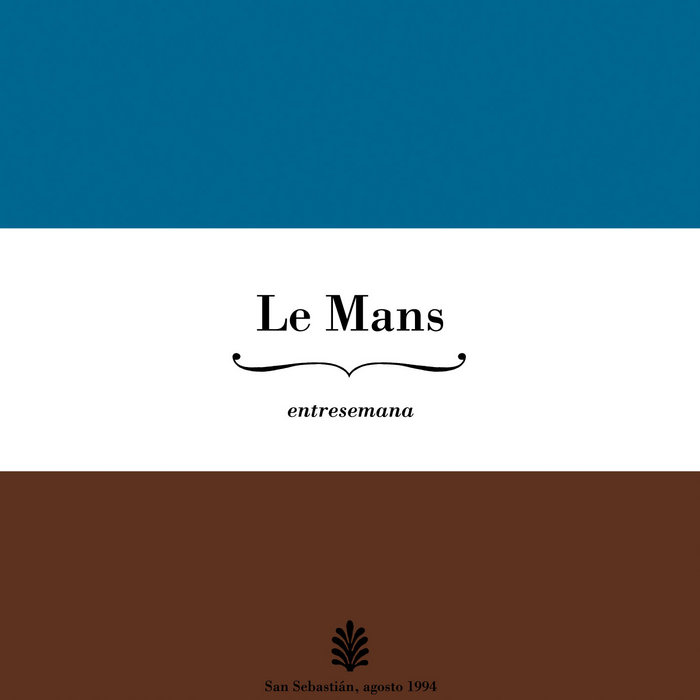 Third delivery in a series that started backwards: if last year we reissued “Aquí vivía yo” and “Saudade”, fourth and third album by LE MANS respectively, we go on with the countdown now with the re-release of the brief and magical “Entresemana”. In this case the digipak reissue, including booklet with lyrics and remastered sound, is even more appreciated, since the original released was in a slim cardboard envelope that didn’t make justice to the beauty it contained.
“Entresemana” is the confirmation of all the promises that arose after listening to the debut album by LE MANS, only going much further than before: eight gorgeous songs combining JULIE LONDON’s vocal jazz with winks and tributes to Spanish cult folk duo VAINICA DOBLE (especially on the lyrics to “Perezosa y tonta”), in a moment when nobody in Spain dared acknowledging their love for this lovely folk-rock outfit... and above all, a songwriting talent and personality that can’t be equalled. A brief but simply perfect album, ahead of its time, that makes your mind dizzy with its beauty and its honesty.

In the ever ascending path that followed the career of LE MANS, This second record surpasses the high levels of minimalist beauty they got with their first work. They let violin and string arrangements in their songs to increase the most lyrical side of their feelings. More than playing, it sounds as if they were caressing their instruments. A record, “Entresemana”, that you can fall for without embarrassment.